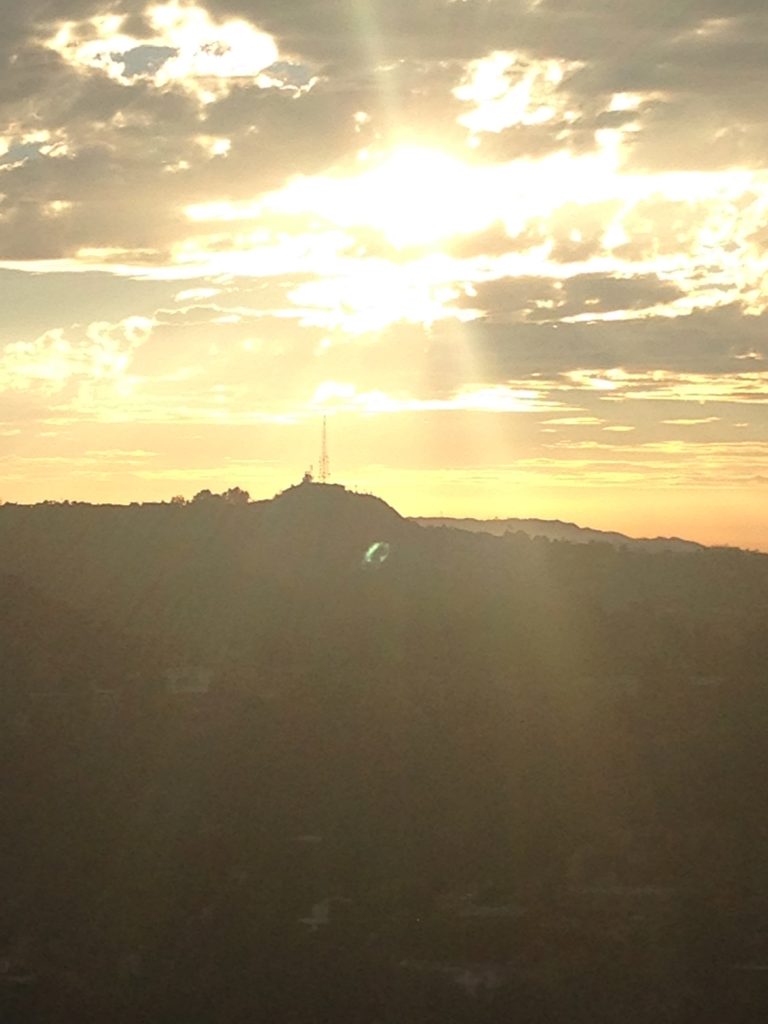 This morning I woke up feeling better than yesterday, but not yet over my cold. I had it on pretty good authority (and by pretty good authority I mean spotty internet research and assumptions) that you are supposed to heal during sun-gazing, not come down with the common cold. What the fuck? I was thinking as I rolled out of bed all headaches and snot. Also because of this sniffily plague, I overslept and raced out to my side yard to do the morning sun-gazing just minutes after the one hour safety window had expired. The sun rose at 6:03, and now at 7:06 I was beginning my five and half minutes of gazing. Gulp, this was it, I was gazing too late in the day and I was going to go blind, like everyone who loves me had feared. But, stubborn and relentless, I gazed anyway.

The sun was noticeably brighter, and stronger this morning as I caught the ending credits of the sunrise. It was like war trying to get my brow muscles to relax and my eyelids to stay open. For the duration I was gushing tears, blinking, squinting, and just for good measure my nose was running. Even as my face began to ache from the brightness I drank in the light with a kind of perverse relish. I am a believer now that this light is effecting me, changing me, guiding me; so allowing the slightly brighter radiance of a tardy gaze session to flow into my eyeballs stirred me with excitement. I wasn’t just taking the sun today, I was taking the sun extra strength. When I have a headache Advil extra strength always works faster, so I thought, the extra strength sun may work faster too. The sun and pill popping probably operate on the same general principles, right?

It’s not that I am in a rush to be whole, I am simply eager. I am a dog sniffing at the door of wholeness and I’m not going to go away. Let me in! So I’ve been doing more research. A website called HeartsCenter.org describes this nine month practice as being something one needs to do only once in their lifetime, and having three distinct phases. The first phase is one to three months, the one I am currently experiencing. In this phase the effects are said to be primarily emotional and mental, which by my accounts so far, seems to be right on track. It is suggested that during this phase you simply gaze. No prayers, no mudras (specific hand positions), no mantras, no nothing. Just be. When I read that instruction it resonated highly with me because I feel like that’s just what the sun has been saying all along. Relax. Be. And I’ll do the rest. Indeed, it was the passive yet all-encompassing nature of this practice that attracted me to it in the first place. So I’ve stopped reciting my mantra for now; I stand silently, cultivate awe, and simply gaze.

The second phase, which is three to six months, is the primarily physical phase, where healing of the body takes place. During this phase it is suggested we stand with our arms up and wide with our palms facing the sun. As we do this we shall visualize the sun light entering our left palm, healing us, and exiting our right palm. Finally the third and final phase of the practice is designated as the primarily spiritual phase. In this phase we can expect to see the super-human abilities manifest, and higher states of awareness, compassion and enlightenment take hold.

I have been on a spiritual quest my entire life. I think my first words were something like “Mamma, what is the nature of existence?” Now as I stride through my second month of this sun-pregnancy I am abuzz with anticipation. Could the next eight months hold all the answers I’ve been searching for? Why do tragedies occur? Can I avoid them? Is God a force or a dude, or a woman? Can I effect my environment with my mind or my attitude? In a world that sometimes feels harsh, or downright awful, how do I hold on to gratitude?

The changes that have happened to my mile-a-minute mind over the last 33 days have been profound, real, and definite. I’m not simply existing with a slightly tweaked demeanor, or a rosier outlook. I am fundamentally more deeply at peace. My circumstances haven’t changed much. I don’t have it better than I did before. But I feel better. Things seem better. And I think that’s just the thing ancient and mystical text are pointing to when they explain how we can control our physical reality with our thoughts. The environment doesn’t actually change. We change. And from this changed perspective we can see other facets of the same environment that were not visible to us before, so we experience it differently, which in essence means we have changed our reality. I can sum the effects of my gazing this way so far: my life circumstances are the same, but they seem better, I think, because my disposition has become, well…sunnier.

SIDE EFFECTS: The sun doesn’t tone itself down just because you show up late, so sometimes your face hurts.

BENEFITS: My life is like a watercolor painting and the entire thing is being washed over by a shade of light that makes the whole thing seems more vibrant. Specifically less worry, more patience, more joy, more neutrality about the craziness of life that unfolds around me. It’s not indifference, it’s detachment. And it feels lighter, I feel lighter.

Brian is a Writer, Clarity Coach, Filmmaker and Adjunct Professor who loves teaching and learning, and living in the uncertainty of it all.

Enter your email address for a complimentary copy of my Life Story Hacking Guide which includes the complete 4-step process to peace, freedom and joy along with story hacking exercises designed to accelerate your growth.

7 Transformation Hacks For The Spiritual Newbie

I Have this Hunch that…

What I’d Say At My Own Funeral

Subscribe For Free Life Story Hacking Tips
Brian loves to discuss stories and storytelling with anyone who will listen! If you are interested in hosting a Screening w/ Filmmaker Q&A please fill out the form below and Brian or one of his team will reach out to you right away.

Use this guide to discover the life you were meant to live.